Good news for fans of uniform patches, today, SportsLogos.Net has learned that the World Series logo patch will be returning to player jerseys for the 2022 World Series between the Houston Astros and Philadelphia Phillies.

This marks the end of the one-year absence of the patch during the 2021 World Series between Houston and the Atlanta Braves.

Patches first appeared on jerseys during the World Series in 1987 when the St. Louis Cardinals added one to their uniform sleeve. Beginning in 1988, both the American and National League champions wore the Fall Classic logo on their jerseys, a tradition which had carried on through every season that followed with temporary interruptions in 1997 (for Jackie Robinson’s 50th patch) and then again last year in 2021 due to global supply chain issues.

Patches will, of course, also be appearing on all player caps worn during the World Series — the global supply issues did nothing to stop this practice in 2021, nor did the Jackie Robinson patch in 1997. A World Series logo has been worn on the side of player caps during every World Series held since 1996.

Here’s hoping we get to see that Phillies throwback used during an actual World Series game this year! 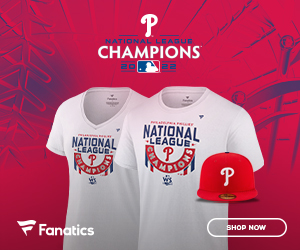 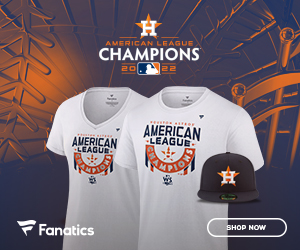 A team-by-team look at every new uniform and logo coming to the NFL during the 2022 season. Click Here.

All the logos for the upcoming 2022 MLB Postseason including the World Series and championship series rounds. Click Here.

You can help support SportsLogos.Net simply by purchasing any official team merchandise from Fanatics via this link